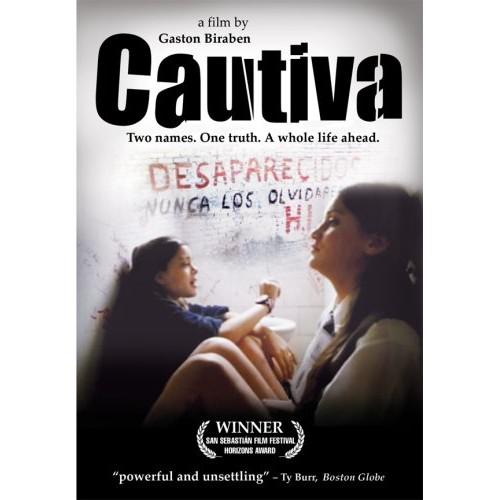 Weight
85.00 gms
Price: ₹ 349.00
1
Add to cart
Buy Now
Sorry! No Stock Available
Add to Wishlist
Questions?
Email a friend
Subtitles: English / hindi
Captive (Spanish: Cautiva) is\r\na 2003 Argentinian film that concerns itself with what happened to the children\r\nof the people killed after the 1970s military coup. The film\r\nstates it was made with the support of ArgentineNational Institute of Cinema and Audiovisual Arts. Captive was an award winner at the 2003 San Sebastian Film Festival.
Cristina Quadri (Barbara Lombardo) is\r\nthe model of a perfect student. Smart and affluent, her life is in perfect\r\norder until, one day, she is called from her class and made to appear in front\r\nof a judge. The judge informs her that her biological parents disappeared in\r\nthe 1970s. Cristina is forced to go live with her grandmother, Elisa (Susana\r\nCampos), who has spent the past 16 years attempting to locate Cristina (whose birth\r\nname was Sofia). Although, at first, she is hurt, bitter and confused,\r\nCristina/Sofia eventually grows to care for Elisa and begins to research the\r\nfate of her parents - and how much her adoptive parents knew of the truth
No product review yet. Be the first to review this product.