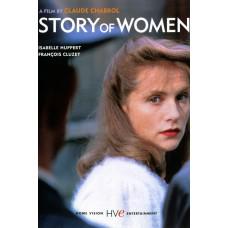 Weight
90.00 gms
Price: ₹ 349.00
1
Add to cart
Buy Now
Sorry! No Stock Available
Add to Wishlist
Questions?
Email a friend
Subtitles: English / hindi
Story of Women (French: Une affaire de femmes) is a 1988 French drama film directed by Claude Chabrol based on\r\nthe true story of Marie-Louise Giraud, guillotined on July 30, 1943, for having performed\r\n27 abortionsin the Cherbourg area, and the\r\nbook by Francis Szpiner.
\r\n\r\n
Under the German military administration in occupied France during World War II. Paul Latour is a prisoner of war in Germany and his\r\nwife Marie lives hand-to-mouth with their two children in a squalid flat. A\r\nneighbour, whose husband is also in Germany, has fallen pregnant and is trying\r\nto lose the baby. Marie helps her, successfully. Other women come to her and\r\nshe starts charging. While talking with Paul one night, she reveals that a\r\nfortune teller saw "nothing but good things" in her future, along\r\nwith a lot of women, which she wouldn't clarify, but alluded to her abortion\r\nactivities. Marie also confessed to wanting to be a famous singer.
No product review yet. Be the first to review this product.